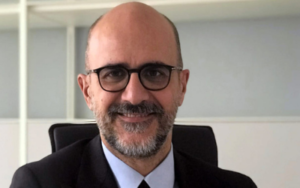 While people in Germany, Belgium and Holland were fighting against the devastation caused by the terrible floods of the past few days and counting the dead and missing, there were those who were doing their best to save the lives and restore hope to someone far away who was waiting for a cornea transplant.

The protagonists were Holostem Terapie Avanzate, a spin-off company of the University of Modena and Reggio Emilia based at the ‘Stefano Ferrari’ Centre for Regenerative Medicine, the transport company Duimex, appointed for this delicate type of delivery, and the German traffic police. On the other hand, in Maastricht, the city that in 1992 hosted the signing of the Treaties of the European Union, an adult patient was waiting in the city hospital for a transplant, for which he was relying on the arrival of a flap of corneal stem cells, which had been shipped during the night from Modena, on the day of the tragedy.

This was not the first time that Holostem had been asked to carry out a long-distance transport to restore someone’s sight. Since 2015, when transplants of corneal flaps cultivated in vitro were authorised as drugs by international and European authorities and seven foreign countries decided to take advantage of the reliability of Modena’s stem products, it has become routine for our researchers, whose studies, which began in the 1990s, have made possible things that were unthinkable in science and medicine until recently. It was the morning of 16 July, and around midday Marco Dieci (CEO), received a phone call from two colleagues at Holostem, who had travelled to Maastricht the night before to assist the Dutch doctors in charge of the operation in the operating theatre. Their voices expressed concern about the fate of the transport that was blocked in Miel, a farming village in the municipality of Swisttal, sixteen kilometres from Bonn on the Rhine.

According to the account given to me by my colleagues,” says Marco Dieci, “the motorway had a sinkhole in front, so they had closed it, and the water was rising behind it. The van was in the way, prevented from continuing and arriving in time for the delivery. The situation was therefore becoming more complicated. A normal transport risked turning into a terrible situation for the driver of the van and a pointless wait for the patient, who saw his hope of regaining his sight disappear. Fortunately,” Dieci continues, “the police understood the problem and escorted the van on the wrong side of the motorway to take it out of the blocked road and continue its journey around the landslide. Then, with no navigation system, no telephone and no internet connection, Gaetano, the driver of the van, did not lose heart and drove through all the flooded villages asking the police in each municipality for directions to the hospital in Maastricht. In a rather daring way, he managed to arrive and deliver his precious cargo. On the same day, the doctors at the Dutch hospital performed the operation and, thanks to what has become an exemplary competition of solidarity, were able to restore sight to those who had been deprived of it for some time.