Graziella Pellegrini is the recipient of 2019 TERMIS Career Achievement Award 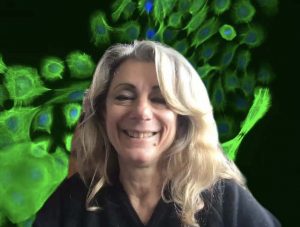 The recipients of the three annual awards were announced via the web by the prestigious Tissue Engineering and Regenerative Medicine International Society (TERMIS): Professor Graziella Pellegrini, Coordinator of Cell Therapy of the Centre for Regenerative Medicine “Stefano Ferrari” of the University of Modena and Reggio Emilia (Unimore) and Holostem R&D Director, for the results achieved during her scientific career, Professor Martin J. Stoddart of the AO Research Institute in Davos (Switzerland) for the results obtained mid-career and Dr. Jeroen Leijten of the University of Twente ( Netherlands) for the results achieved in the initial phase of his scientific career.

Due to limitations to face-to-face conferences due to the ongoing Covid-19 pandemic, the award ceremony will be held during the next world congress in Maastricht in 2021.

TERMIS is a scientific society that has as its mission “advancing tissue engineering and regenerative medicine worldwide to generate knowledge with a view to improving patient outocmes globally”.

“The award confirms the key role of Professor Pellegrini in the development of the first formally stem cell-based drug approved by the European Medicines Agency – recalls the Rector of Unimore, Carlo Adolfo Porro – who contributed, together with other results obtained by researchers of the Centre for Regenerative Medicine and our university spin-off Holostem, to strengthen the image of Unimore and Modena as an international excellence in the field of stem cells “.

“I am very honored with this important award – declares Graziella Pellegrini – which confirm the growing and shared interest in advanced therapies and tissue engineering and the appreciation of the European scientific audience for the results obtained for the benefit of patients all over Europe “.

“This prestigious award, which requires proven winners for excellence and international recognition – adds Holostem CEO, Marco Dieci – further motivates our efforts to make available to patients from all over Europe the advanced therapies developed in collaboration with the university research and brought to the market by Holostem to treat rare and severe diseases without therapeutic alternatives “.